From My Heart to Yours — Respecting G’ma

I LOVE summertime — vacations, family visits, pool time, trips up to our Colorado mountains, eating just about every meal on the deck, laid-back, lazy mornings. My favorite time of year.

Last week we had family (my aunt, cousin, cousin-in-law, and their 2 little girls) visiting from Chicago. What fun! Such a great way to kick off Shultz Summer 2015.

My cousin has been visiting us in Colorado since we moved here in 2002. She was just a teenager when she first started coming, and I remember those early visits well. In 2003, I was already Mom to 5 little ones. She was still a teenager who wanted to do some “cool” things. I remember going to 16th Street Mall and the movie theater to see Legally Blonde 2. I don’t like the mall, and although I like Reese Witherspoon, the Legally Blonde movies were not that great (in my humble opinion).

Before we move on, there’s something you need to know about my cousin: Back in her teenage years, she did not like children. Did I mention we had 5 children at the time????? Not only did she not really like them, I’m pretty sure my cousin didn’t even know their names. She called each one “kid”.

Then something happened. This cousin of mine fell in love with a wonderful young man. I remember talking late into the night on her next visit. We talked about the Lord and love, she showed me pictures of her boyfriend, she asked questions and sought my advice. We talked about having children. We still went to the mall, but that’s the year I remember a change in our relationship.

To make a long story short, my cousin married that young man. One of our sons was the ring-bearer and I (full-blown pregnant with #6) got to fly with him to Chicago to celebrate. My cousin now calls each of our kids by name, she and her husband are a part of our family ministry, and…this girl who once did not like children has two of her own. LOVE!

It’s been an honor for me to watch my cousin grow into the woman, wife, mother she is now. 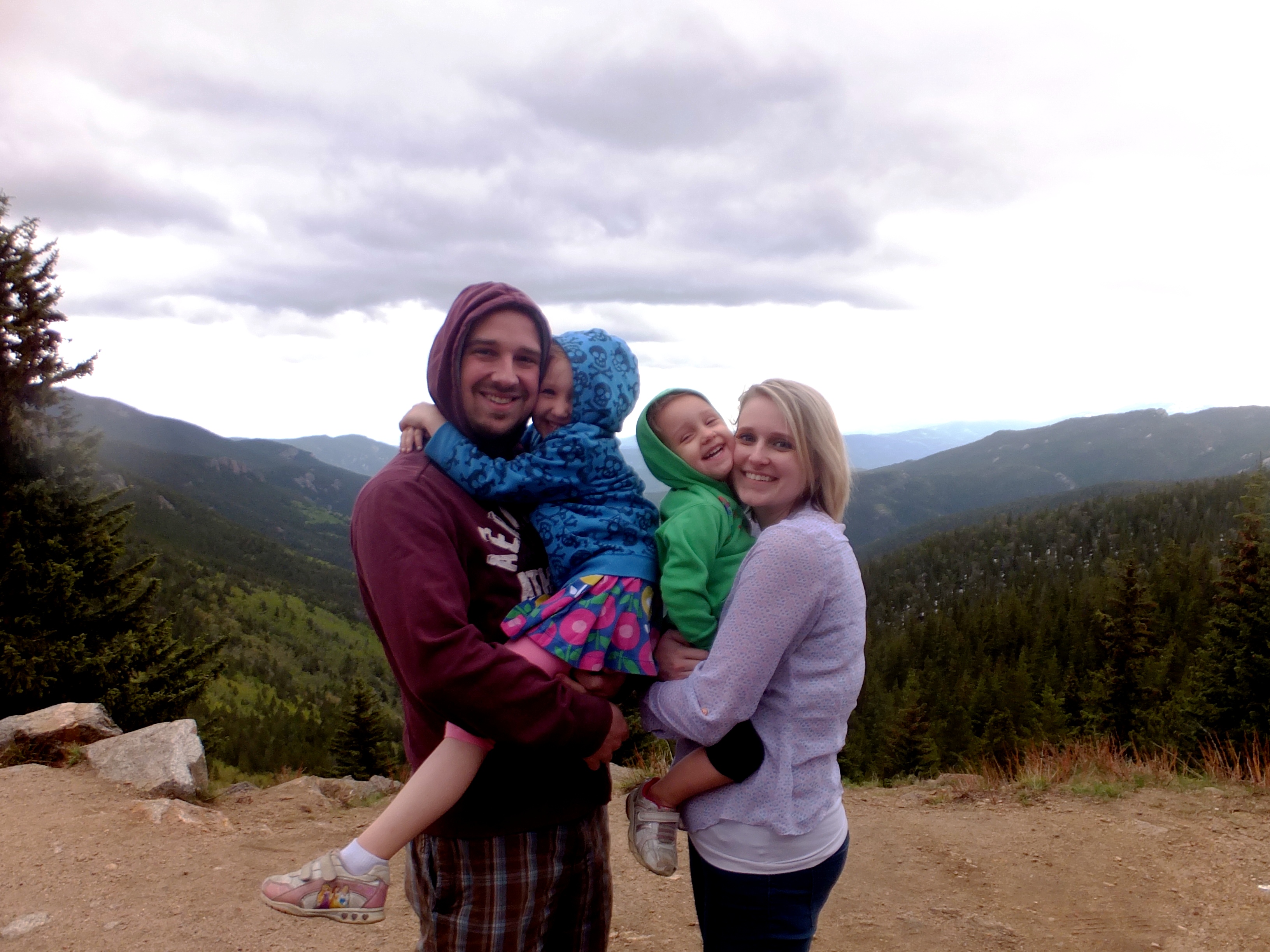 My cousin, her husband and two little girls.

Here’s my encouragement to you…

This was the first visit my cousin’s mom (Aunt Sharon) was able to make out here since my cousin had children. My kids are now older — our youngest is 9. I’m in such a different place. I was able to sit back and watch. I noticed something that I think my cousin (and her husband) do very well. On several occasions, Aunt Sharon said something to one of her granddaughters (doesn’t really matter what it was she said). The minute one of those little girls did not listen to G’ma (that’s what they call their grandma. So cute!), my cousin (and her husband) swiftly reminded her that she needed to listen to and obey G’ma. End of story. I watched this happen several times.

For my cousin and husband, it didn’t matter what G’ma said. They may not have even agreed with everything G’ma said, but the message they sent their daughters was loud and clear — Respecting G’ma is important! 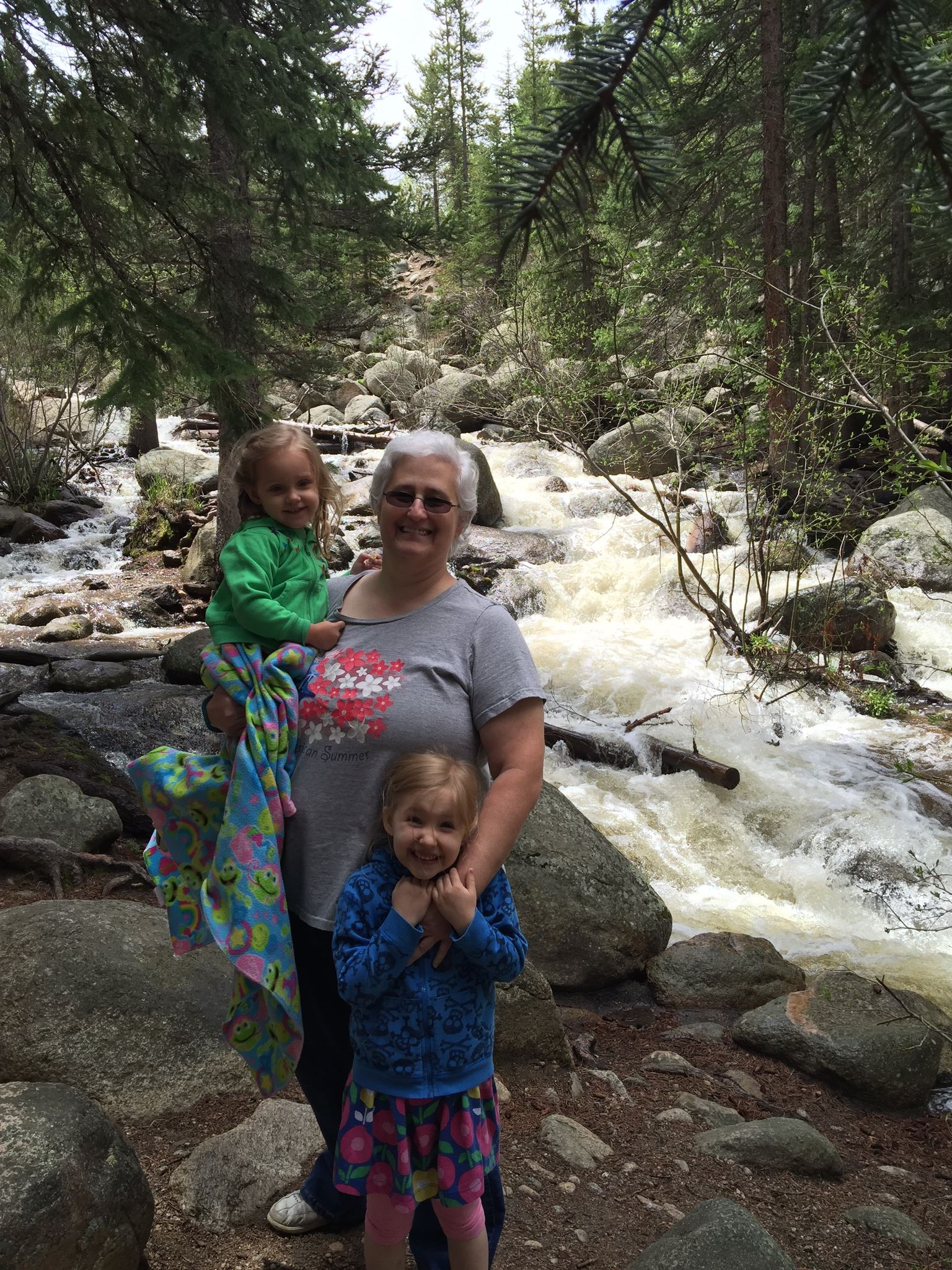