FROM MY HEART TO YOURS

Not Quite the OCEANS I was Asking for

by Becky Shultz | April 2019 | Encouragement, From My Heart to Yours, Stories

Not Quite the OCEANS I was Asking for

Even if His way is seemingly horrific…

It was Aug, 2014. I was alone on a soccer field at Pepperdine University, out for a jog, overlooking the Pacific Ocean. It was one of the most difficult trips I’d ever taken. I was there with Daughter #2, dropping her off at college. My time at orientation was almost over. It was nearly time for me to say goodbye to Hannah. My heart was absolutely breaking. So, I went to that field to run and pray. I wanted the Lord to protect my precious daughter. I wanted Him to surround her with godly friends. I wanted Him to give her everything she needed to do well in Chemistry, so that she could become the doctor He was calling her to be. I wanted Him to keep her pure, and keep her away from anything that was not from Him. So I prayed for these things.

And, then Hannah’s favorite song began playing through my earbuds.

And I will call upon Your name
And keep my eyes above the waves
When oceans rise, my soul will rest in Your embrace
For I am Yours and You are mine

So I will call upon Your name
And keep my eyes above the waves
When oceans rise, my soul will rest in Your embrace
For I am Yours and You are mine

So, I prayed those words over one of the people I love most in this world.

Not long after pouring my heart out over Hannah, it was time to say goodbye. I wept as I reminded her face-to-face one last time to stay near to Jesus. He is a faithful God who can be trusted. I told her for the 20 millionth time how I much I love her. Then, reminded her how much He loves her. “This will be great. You will do well. You are safe in His arms.” 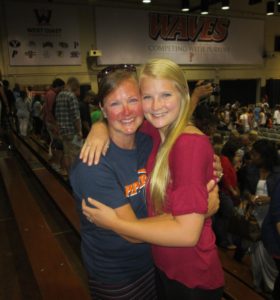 Saying goodbye and leaving her at Pepperdine University was one of the most difficult things this mama has ever done.

Then I joined the throngs of parents who were walking out of the gymnasium, weeping and waving goodbye. I got to the doors that were held open for all of us, turned one last time, waved and blew Hannah a kiss.

Father, she is yours. She’s always been yours. I am trusting you to walk with her closely.

What I was asking for when I was praying Hannah’s favorite song over her was kind of an easy path. I wanted the Lord to take her deeper with very little pain, constant wise-decisions, and an illumined path as far as the eye could see.

I. Was. Not. Asking for any of these things. 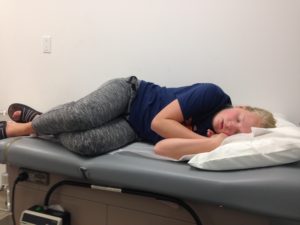 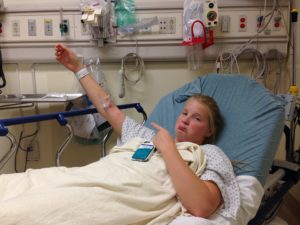 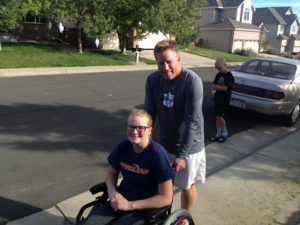 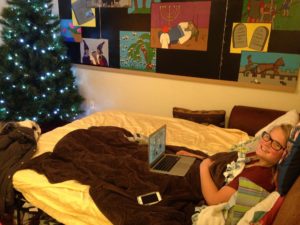 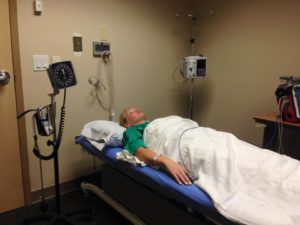 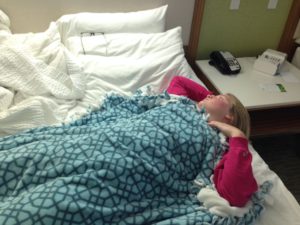 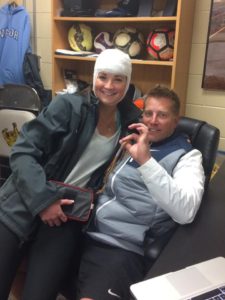 But, this. This is where the Lord took our sweet Hannah. This was the path He laid out for her before the beginning of time. A path that was directly in answer to a mama’s prayers.

Our Lord called Hannah out upon the waters where her feet failed. He was there for her to find in the depths of the oceans. Hannah’s faith faltered, but He who authored it, has continued to perfect it – her faith stood, because HE was in those depths with Hannah. She called upon His name (and we called for her, standing in the gap when her strength was failing), and He faithfully kept her eyes above the waves. Those waters rose, but the Lord gave rest in the midst of the struggle, reminding Hannah time and time again that she is His.

His grace was abundant in those deep waters. His sovereign hand did guide her, even as failures and fears crept in. The Lord has proved faithful, once again – He has not failed my daughter yet. We stand sure that He never will fail her!

When I was praying that song over Hannah, I didn’t know what was coming. I wanted something very different than what the Lord gave. Yet, the Lord stood ready, saying YES to this mama. He said AMEN to taking our Hannah out to the depths. Sitting on this side of things, I see how He was answering – working and moving, never slumbering, never tiring of carrying our daughter through the depths.

The hard work of healing has not been easy. But, it’s in the hard that we have found Him deepening Hannah’s trust. The Holy Spirit has certainly led her to where her trust is without borders, and that is what I asked for. Her faith has been made stronger, stronger than I ever imagined it would be. And, even on the days when Hannah wanted nothing to do with the Lord, He never quit. He never gave up. He continued to pursue. He continued to show up. It was this presence, Jesus’ presence that brought her to the place she is today.

The Lord healed (and continues to heal) Hannah – she’s been seizure free since Nov, 2016. She took a step toward independence last summer, moving out of our family home and into an apartment with big sis, Laura, and Laura’s husband, Stephen. She’s been working to pay for her own car, phone, food. She’s courageously started back to school, Colorado Christian University (CCU) online, fighting back to full-time this semester. She’s getting married in just over a month. 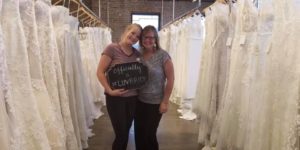 I remember standing at her bedroom door more times than I can count between 2015-2018. I’d place my palm on that door and just pray. It was not how I pictured her college years. But, today, I call Hannah, and she prays for me. Today, I am being encouraged and lifted up by a 23-yr-old who has a deep love for Jesus, and an amazing depth to her. 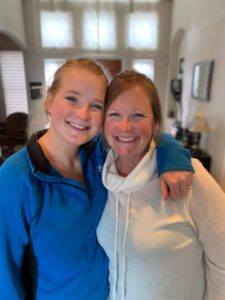 This precious daughter of mine is now lifting me up.

A depth that came because the Lord took her to places I would never have taken her. 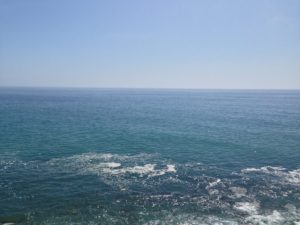 It’s taken many years of mama-hood for the Lord to get me to this place. Still, it’s hard. They’re my babies.

I left my daughter at Pepperdine, having said these words to the Lord –

Father, she is yours. She’s always been yours. I am trusting you to walk with her closely.

He was faithful. He was good. He was true to His Word. He may have answered this mama’s prayers in hard ways, but now I see how astoundingly beautiful those hard ways were. 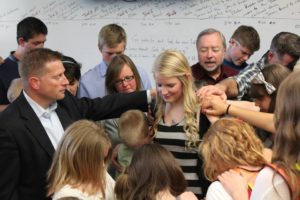 We’ve always prayed over Hannah. We will continue to pray over her, for her, with her. Even if His answers don’t come in a way we actually want.

I had no idea that as I prayed Oceans over my daughter, my Lord was saying, Yes and Amen! to everything I prayed.