by Becky Shultz | March 2015 | From My Heart to Yours, Uncategorized

Hannah Ruth Shultz entered our world on March 2, 1996. She was our second daughter, so we felt prepared, convinced we knew what to expect. Daughter #1 was 2-years-old. We were pros. 😉 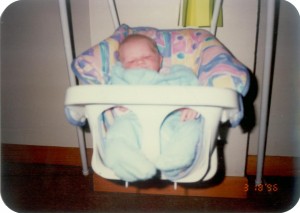 The only “trouble” we had with Hannah was that she was allergic to the dairy I ate and spit up all the time. Not that little spit up stuff, either. Think projectile. Uncle Josh, who enjoyed playing airplane with all of his nieces and nephews, learned that the hard way. 😉

8 months of peaceful baby bliss. Then one day, while Hannah was sitting in her bouncer watching Laura and me create something out of blocks, she let out a loud yell. As I recall, it wasn’t quite a yell. Hannah ROARED!

Something changed. My mom has always said that was the day Hannah came to life. It was as if she spent 8 months observing the world around her, watching how things worked, taking in who we were, what we did, and then Hannah just decided she was ready to stop watching and start doing. She was ready to join in!

That sweet, naptime-loving baby became a climb-out-of-the-crib-and-onto-the-top-of-the-changing-table kind of baby. Over and over again, naptime turned into bath time, as Hannah lathered herself up in Vaseline while sitting on the top of her changing table.

Laura’s peaceful play on the floor had turned into a battle zone. Her block towers were no longer safe. The crawling baby-monster was constantly on the prowl, knocking over towers, crumpling up coloring sheets, ripping pages out of books (*gasp*) and eating playing cards. Big sis was no longer enamored with baby sis. She was ready to trade her in for a quieter, less-mobile, more sit-and-watch model.

When Hannah came to life, she no longer loved nursery. I studied Child Development in college. It’s called separation anxiety and Hannah had a bad case of it! The hand-off became a screaming, kicking, biting mess. It lasted until she was 4.

Once Hannah came to life, the next 5 years were filled with sand-eating, stair-jumping (she was 2 and she loved to jump down half of the 15 steps which led to our basement), child-biting (I got reprimanded over and over again for this one…trust me, we were working on it!), stranger-talking, and hair-cutting (she cut her own AND others’). She ran with scissors in her hand, crazily climbed tall trees, jumped into swimming pools without our knowledge, ran through parking lots (I’d lean down to put Baby Aaron into his car seat and Hannah would take off), jump from the tallest platform at the playground (eliciting stares from other moms…at me…like I was the crazy one!), say the most embarrassing things, and ask mortifying questions (she was really just curious, but those questions came across sounding somewhat disrespectful). We were visiting Daddy at his school (Westminster Christian Academy). I held the door open for an older gentleman who was rolling through in his wheelchair, decked out in his service jacket and cap. I thanked him for his service, then glanced at Hannah. She had that look on her face, and before I had a chance to hijack whatever was about to come out of her mouth, she took a breath and blurted out, “What happened to your legs?” It wasn’t just her question, it was the way she asked it. Not all sweet like in a manner that showed she cared and felt empathy. But, in a way that made it sound like this man was crazy for not having legs. (*Facepalm*). Thankfully, this veteran was as fiery as Hannah. As I leaned down to tell her  that wasn’t appropriate, he told me to leave my daughter alone…”Now, don’t you tell her not to ask that question. I know everyone’s thinking it. She just happens to have the guts to ask. It’s refreshing.” I had been glared at, head-wagged and finger-wagged at so many times because of my spunky, fiery, precious daughter, that I wanted to cry when he said those words to me. I breathed a big sigh of relief. And he told us his story. And Hannah, who had just thrown out her question so nonchalantly, hugged him, showing the first signs of her deep compassion for others.

Just three short days ago, Hannah turned 19. She’s every bit as spunky and fiery as she was during those early years. That has never changed. She’s crossed lines I hoped none of my kids would cross. She mastered eye-rolling in high school. There have been days in her 19 years of life that I wanted to throw in the towel as Mom. She tested us at every turn. She’s strong, doesn’t back down easily and hates to be wrong (like her mama). Throwing in the towel wasn’t really an option, though. God called us to parent Hannah faithfully. To teach her about Him. To train her up in the way she should go.

And while it hasn’t always been easy, it has absolutely been worth it.

Hannah may have mastered eye-rolling, she may have caused me to *facepalm* a time or two over the past 19 years, she may have crossed lots of lines, but she has brought GREAT joy into our home. She’s loyal, Jesus-loving, family-loving, a snuggler, authentic, funny, caring, compassionate and sweet. I cannot imagine life without her. I am so thankful the Lord loaned her to us! 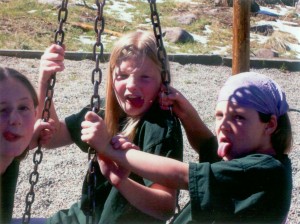 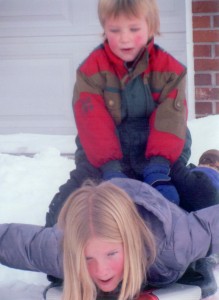 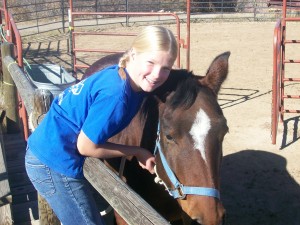 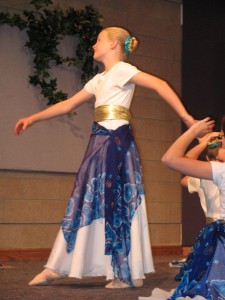 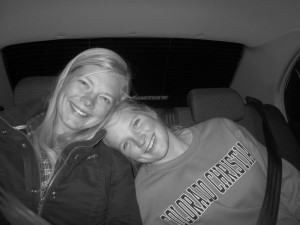 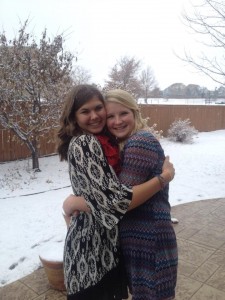 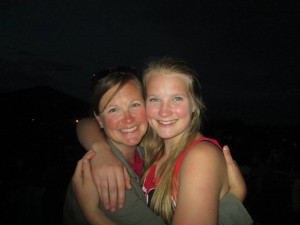 A daughter I treasure.

Do you have a spunky, fiery, makes-Mama-want-to-pull-her-hair-out kind of child? Yeah. You’re not alone. Know this up front…you will mess up a TON and that child of yours will mess up a TON. Don’t throw in the towel. Keep on keepin’ on. I can tell you that it’s a crazy, messy, beautiful journey, and the Lord is good and faithful and merciful and gracious the entire way. Together, you got this! 🙂